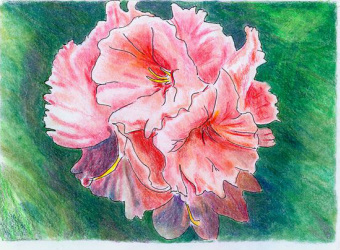 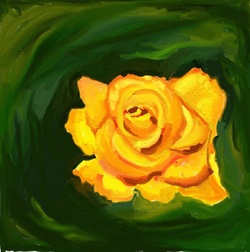 This is one of my first digital paintings done with Artrage. I focused on the blossom and on the green background, and it looks like it's floating. 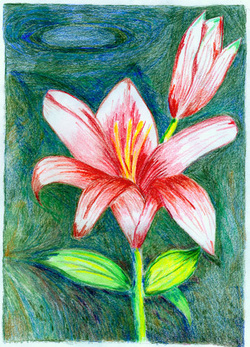 This was a contribution to the February challenge at the Wetcanvas "Florals and Botanical" forum.
It was done with coloured pencils (Polychromos from Faber-Castell). For the background I used a bit of baby oil as a solvent by dipping the paper stump into it and then going over the pencil pigments in little circles. 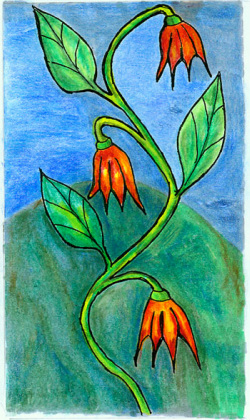 I did this totally out of my imagination. After I'd done the lineart, I made several copies of it in order to be able to experiment with colours and with combinations of markers and coloured pencils.
This is the only one out of the series which has a background. I've been doing a lot of drawing and coloring without adding any background, but now I know that there is a big difference between drawings with and without backgrounds. 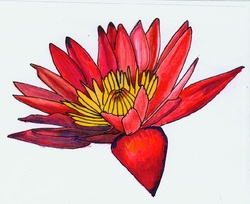 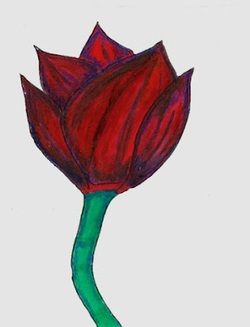 This is one out of a series of tulips, drawn with coloured pencils and blended with markers.
This is the one with a more darker red. I first put down a layer in red with one of my copic ciaos; then I went over that layer with coloured pencils, using dark red and even a dark blue for the shading.