Here you will find paintings either done digitally or with coloured pencils which describe creatures out of a fantasy world. 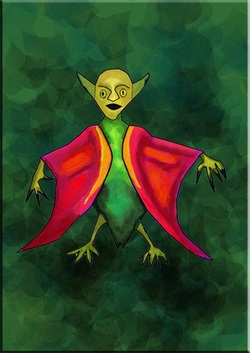 
One of my newest digital paintings showing a creature which is half bird, half bat, and a bit human.
The painting is based on a rather rough pencil sketch, which was scanned into Inkscape. I did the lineart with this software and then exported it into Artrage. Artrage is a digital painting software especially developed for artists. I must admit, however, that I did the background in photoshop. 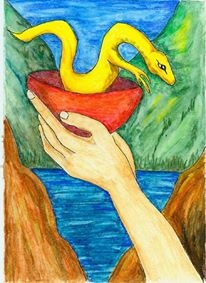 The Birth of a Dragon 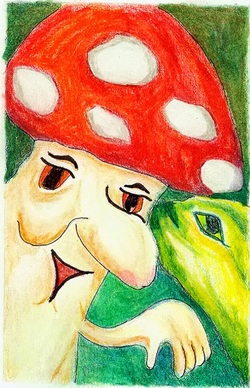 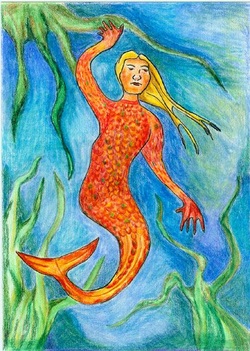 The Prince of the Waters
Coloured Pencils on watercolour paper


Although the title of this painting is "The prince ..." the figure in the middle is neither male nor female. 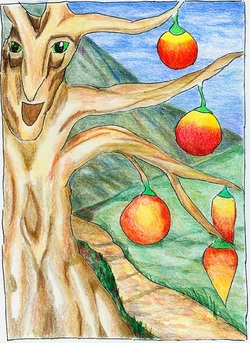 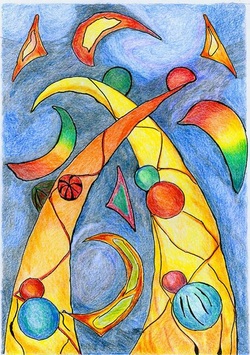 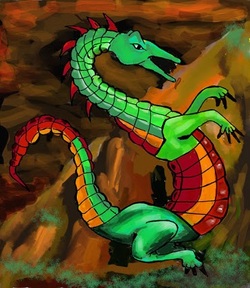 This is a mixed media piece: I first sketched the dragon with pen and ink and then scanned it. After having imported it into Artrage I coloured the dragon and painted a background for it. 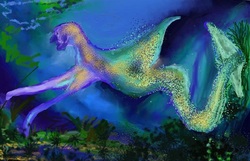 Digital painting done with Artrage. Ulla Hennig, April 2013
This creature is part human, part fish and part jellyfish with tentacles.
It was fun doing this and playing with the various tools in Artrage! 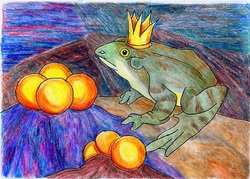 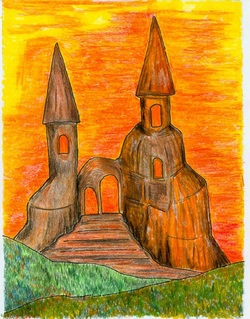